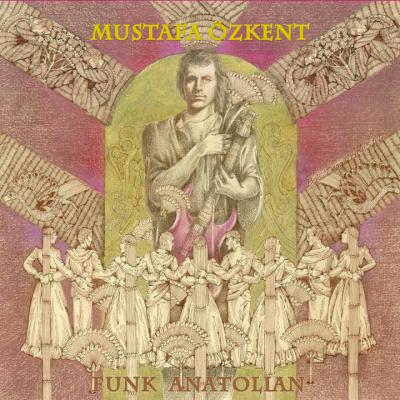 He also made more than a thousand of arrangements for Turkish artist.

The incredible music of Anadolu Pop's very own Dr. Frankestein-Maestro Mustafa Özkent.As THE DADDY of all Turkish rarities ,this record simply has to be heard to be believed and even then it's still literally UNBELIEVABLE. (Andy Votel)

As an expert in both carpentry and and electronics ,Özkent was keen to combine his skills with his interest in music and science.fuelled by a passion for traditional music values the natural progression was inevitable and as Mustafa's reputation and repertoire of original compositions mutated so did his instruments. (Demonoid.com)

Özkent's band is funky and loose in the way hyperdiscipilined musicians can be,and it's no surprise that Özkent is a World-class arranger.But the record transcends mere craftsmanship by fusing Özkent's Turkish traditions with his contemporary funk musicians across the Atlantic.(DailyOm)

Özkent was a nationalist ,but the blends his Turkish folk influences so perfectly into modernity of the psyche-jazz-funk that you might not even notice them unless you knew what you were listening for. (PopMatters)

By the dawn of the 1970's Mustafa Özkent was in demand as a session player,arranger,and producer, creating music that fused psychedelic and pop/rock influences with R&B grooves and jazz-influenced improvisations. (Mark Deming)

Insane grooves from arranger Mustafa Özkent,An artist who was to Turkey Lalo Schifrin,Mustafa Has a great ear for mixing funkier rhythms and fuller orchestrations that bubble over with a fair bit of electricity over heavy percussion.The record is an instrumental master piece through and through, filled with enough heavy pickiest crate-digger,but also the more complicated arrangements to appeal to fans funky 70's soundtrack. (Jazzy)