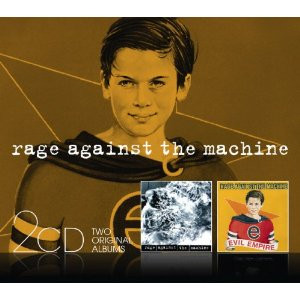 The discs included in this box set correspond to Rage Against The Machine and Evil Empire.

Made in Austria.
Distribution Sony Music.