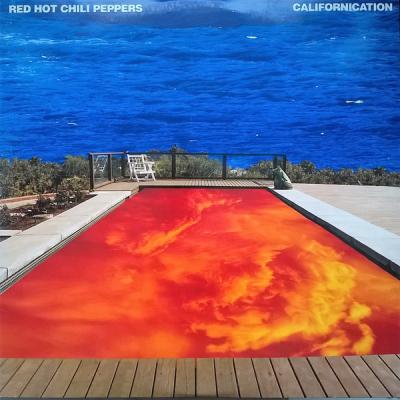 Was released most likely between 1999 and 2001 (see price-sticker) and lacquer-cut by MK (11) at Optimal Media GmbH (no aditional etched lacquers in runouts).
Comes with one pressing-ring around center hole.
This differs from a later pressing that shows two pressing-rings and some differences in lacquer-cut etchings in runout as Red Hot Chili Peppers - Californication and also a pressing without noticeable rings here: Red Hot Chili Peppers - Californication.

Made in Germany by Warner Music Manufacturing Europe.

Includes an insert with lyrics, credits and a photo.