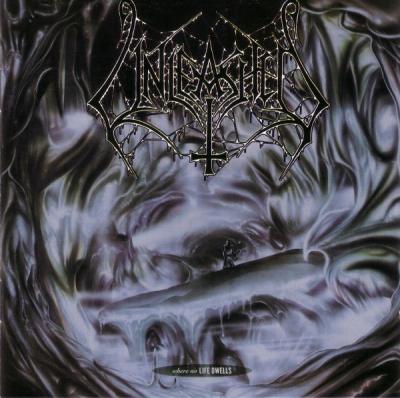 Unleashed ‎– Where No Life Dwells ][ And The Laughter Has Died... + Demo Tracks CD

https://www.hammeronlineshop.com/unleashed-where-no-life-dwells-and-the-laughter-has-died-demo-tracks-cd
Unleashed ‎– Where No Life Dwells ][ And The Laughter Has Died... + Demo Tracks CD
155.00

Tracks 1 to 11 are the "Where No Life Dwells" album.
Tracks 12 and 16 are the " And The Laughter Has Died..." EP.
Tracks 13 to 15 are demo tracks from the "In The Eyes Of Death" compilation.
Tracks 17 and 18 are previously unreleased not fully finished recordings and only rough mixes.
The quality of "Violent Ecstasy" even suffered a bit from the tramsmission of the original reel master to CD.

Track 7 erroneously indicated as "Into The Glory Ride" on the rear cover and on the centre page of the booklet.